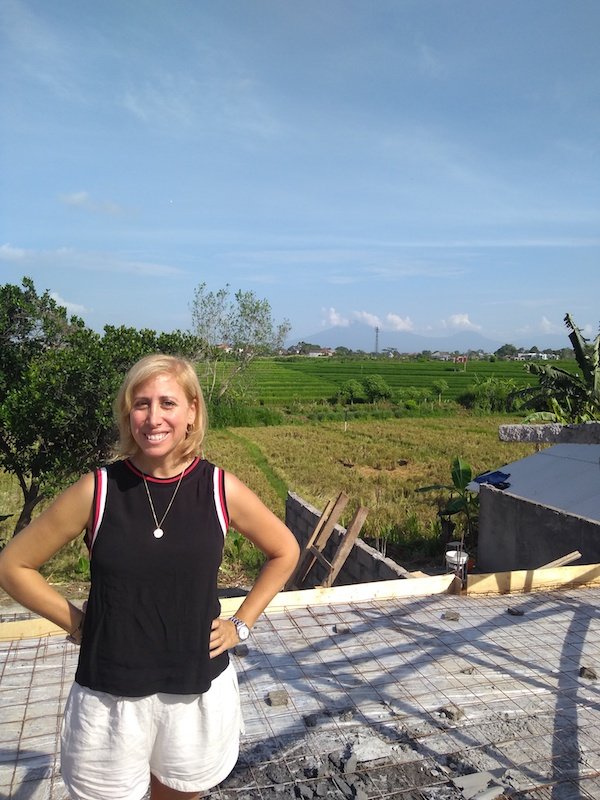 I’m back! It’s been a while since I’ve been on site regularly. I’ve been visiting family overseas, stuck in bed with dengue for 2 weeks, catching up on rescheduled shoots, and doing some corona virus isolation. Having some energy again post dengue is a delight. It’s amazing to see all the changes on site! So much has been done. I’m really thrilled with the progress.

Obviously, there are bigger issues than our build going on in the world these days. Each day brings increasingly scary news of a deadly pandemic. Fortunately, our little family of four is not part of the segments of the population that are most in danger. However, we don’t want to inadvertently spread the virus, so we are self-isolating. Kids are off school, I am working from home as much as possible.

With flights cancelled, airports closing, and nations closing their borders, there’s a lot of fear in the air. Some of our friends, particularly those who are Fly-In-Fly-Out (FIFO) workers, are heading back to their home country. They don’t want the FIFO parent to be stuck in another country, while the rest of the family is in Bali. I think we’ll ride out the pandemic from Bali. Home sweet home!

After moving to Sydney as a teenager, I lived in a cute little apartment in Bondi in my 20s. I loved the place because it was my first home with my husband. We didn’t have much money so we scavenged for furniture to use in our empty apartment. Even our $20 dollar inflatable sofa (that we had to blow up every couple of days) was a little luxury. We turned an old piano moving crate that we found in the street into our coffee table (well, actually it was our only table!)

I was studying fashion production full-time in those days and working part-time. We lived simply: I ate 2 minute noodles with a kraft cheese single on top for lunch every single day! On the flip side, we also went to the beach every day. Those were the days!

Living in a cave

I loved my life then, and loved living in our little apartment, but there was one problem…. the light was terrible. The apartment was on the ground floor between two 3level buildings that blocked out most of the natural light. It was like living in a cave. I didn’t know much about lighting at that time, so we just used the most basic lighting which made our home feel like walking into a convenience store at midnight. I vowed from then on that my future home would have great lighting.

One of the first things I discussed with our architect Silvia was lighting. Silvia has worked all over the world, and since moving to Bali has found that many of the lighting options that she had used previously simply don’t exist in Bali. The range of lighting options in Bali can be pretty basic.  That’s why you often see the same lighting options used again and again.

Lighting is one of the features that makes such a difference. Badly done, it’s disastrous. Well done, it adds to the feel, movement and space of a home. Perhaps I have a deep trauma buried deep down due to living in that cave in Bondi, because even before we chose the land, I was worrying about lighting options.

Bali can feel like a small island, even like a little village sometimes. So much so, that I often feel like I need to get off the island every 6 months of so, just to refresh myself. I think the same would be true if I lived in big city – an escape to the country would be on the cards. Yet, one advantage of living this “village lifestyle”, is that everyone knows everyone. It’s not 6 degrees of separation, more like 2 degrees! When you need to find out something, you just let your network know and often the solution magically appears. When I first found out I had dengue fever, lots of friends (and friends of friends) gave me their tips and secret recipes for getting over it quickly.

Let there be light!

So I spread the word that I was looking for lighting solutions and was quickly put in touch with the team from BrightGreen. Based in Melbourne, and now in Bali, they use some incredible technology that I won’t even pretend to understand! It’s the same tech that modern galleries use to light their artwork. It will bring out the textures in our furnishings and rugs (not to mention all the knick knacks we have in our home). Most importantly, it’ll create the warmth that I need in my home.

I met with Kendal from BrightGreen and our architect Silvia now because I wanted to get their insights into how to best light our villa. It’s essential that the lighting works seamlessly with the build design. Sitting in the room with Silvia and Kendal was incredibly valuable. We want the lighting to match the atmosphere that we are creating with the architecture and interiors. Sitting together we were able to explain what we need. Much like my first experience meeting Silvia, Kendal knew all the right questions to ask so she can help bring our vision to life. She’ll now meet with her team of lighting designers to map out a rough lighting plan and we can meet later and review it.

Power cuts happen. And they can be really annoying. They never seems to occur in the middle of the day when I’m out and about, or I’m working at my desk with the windows open (we usually don’t use AC in the day). No – they don’t occur then. They happen around 7/8pm when we’re putting the kids to bed or around 10pm in the middle of a Netflix binge-fest. In short – they are inconvenient!

We have just put up with power cuts at this time of the year as they occur more frequently. But it can get really annoying.  Often, it almost reaches that tipping point and we are about to go out and spend some cash on a generator. Then the weather cools down in “winter” and we forget about the annoyance until the heat kicks in again. I’m not sure if they occur as often in Babakan (where our villa is being built) as they do in Canggu. If they do, we may need to bite the bullet and get a generator. I’ll speak with our future neighbours and see if/when they suffer power cuts.

The build had been going well and I’ve been really pleased. We can see the footprint of the villa and each week or 2, we had seen developments. However, in the last week, not much has been going on.

Our workers are Hindus, Christians, and Muslims. In Bali, people take the holidays associated with their religion e.g. Muslims celebrate Idul Fitri at the end of Ramadan, while Hindus celebrate Galungan/Kunigan 2 times a year (as well as the amazing Nyepi which includes an island-wide shut down). As there were fewer workers on our site than usual, I called Agus the builder.

Turns out there was a holiday so some of the team had to go home for a week. They’ll be back next week. We’ve been lucky so far and usually have a full team on site. Hopefully, that will continue!

Before I write this, I need to cross my fingers, touch wood, and collect as many luck charms as I can find. Even still, I hesitate to write these words ….it seems to be a mild rainy season. I don’t want to jinx that in any way! As much as we need the rain to break up those hot and muggy days, and cool everything down, I am glad that this has been a mild rainy season so far. Less rain means less interruptions to the build. At least until they get the roof up. Once that happens, work can still proceed, even if it’s raining.

Approximately, October to March is the rainy season, with most rain between December and February. However, when it starts and how intensely it occurs can change, especially these days as climate change impacts on all of us. Some years, the rainy season has been a welcome daily 2 hour shower in the late afternoon that cools things down. While I couldn’t set my watch to it, I knew not to be on the road at that time.

Other seasons, there can be weeks of almost non-stop rain. Then nothing for a month. Of course, we didn’t know what to expect when planning our build, so there wasn’t much point worrying about it. However, we did take possible delays into account when we did our construction timeline. The less-than-expected rainfall has allowed our build to run on schedule so far.

Another benefit has been that we’ve still been able to go to the beach as much as we usually do. During the wet season, the heavy rain washes all the inland rubbish down the rivers and streams onto the beaches. The currents then keep the rubbish on the beach. Those pictures-perfect images of Bali beaches are definitely not taken in Canggu during the rainy season. After days of heavy rain, the beaches can be covered in plastic and not fun to visit.

This year, with less rain to wash the rubbish down to beach, there has been less plastic on the shore. My kids are really getting into surfing these days so we put some board racks on our old scooter to take them down to the beach with their soft tops. After recovering from my bout of dengue, it’s great to have the energy to enjoy the waves with them. 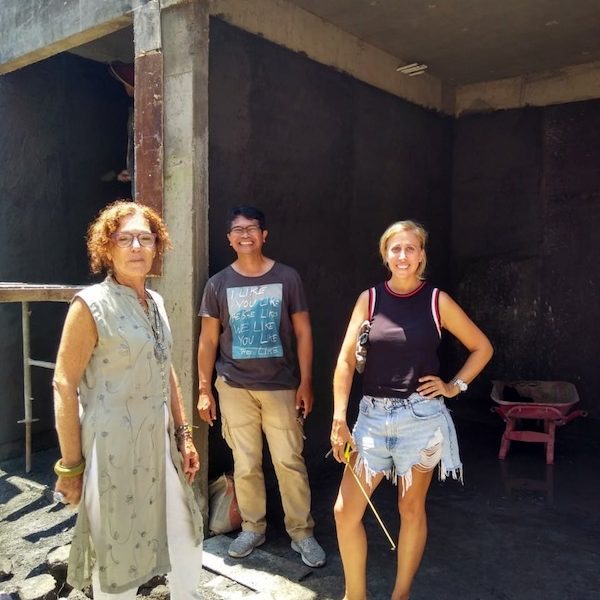 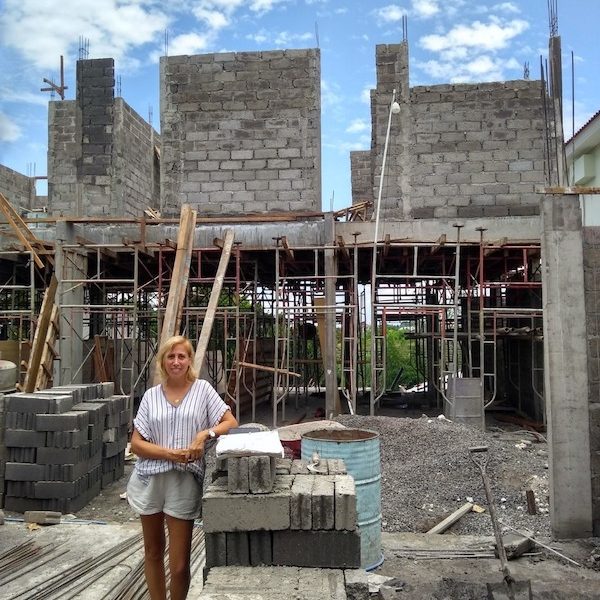 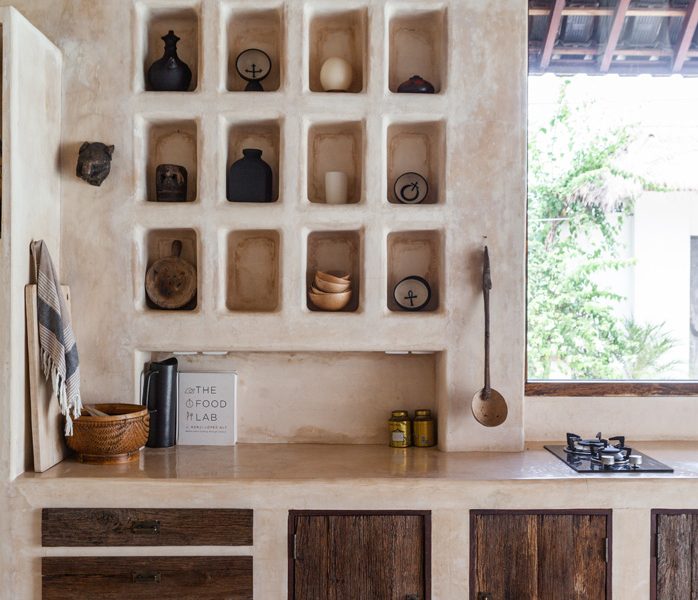 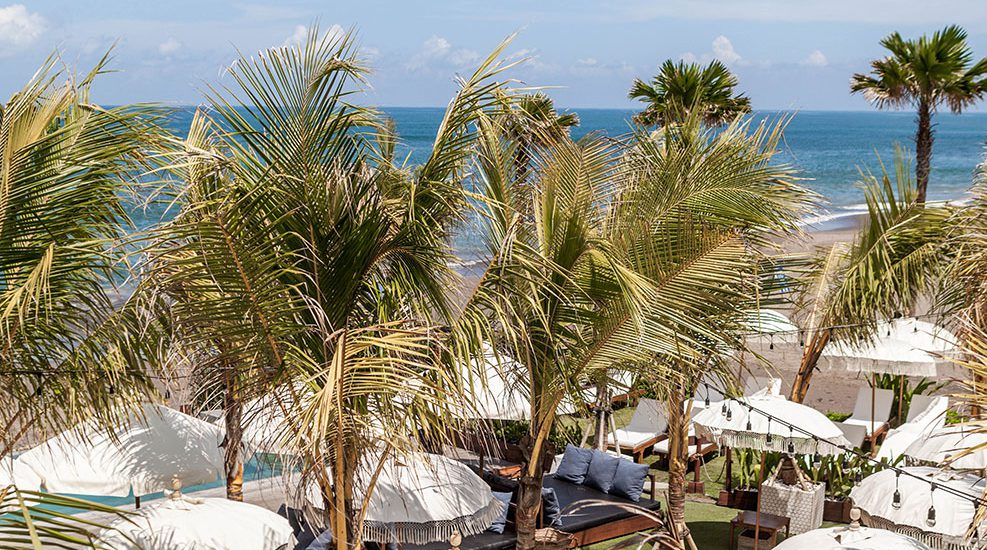 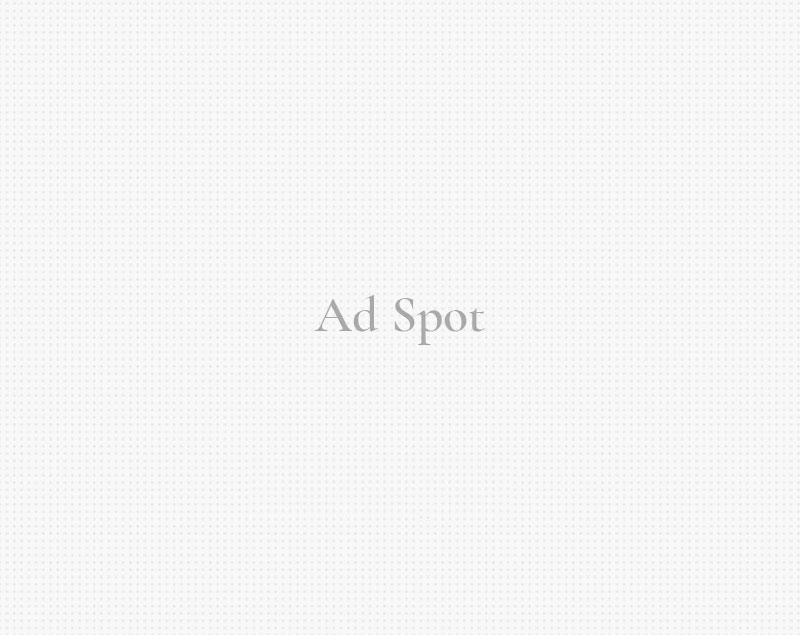